While inviting 18-to-30-year-olds to celebrate with “bevvy” the trippy, odd and zoned out feeling that alcohol gives, “bevvy” has asserted itself as the entry point into beer, the gateway to being cool.

“Bevvy’s” logo is a custom typeface modified from Aktiv Grotesk Bold to make it look sleeker and more trippy.

Some initial attempts to merge energy drink's feel on typography 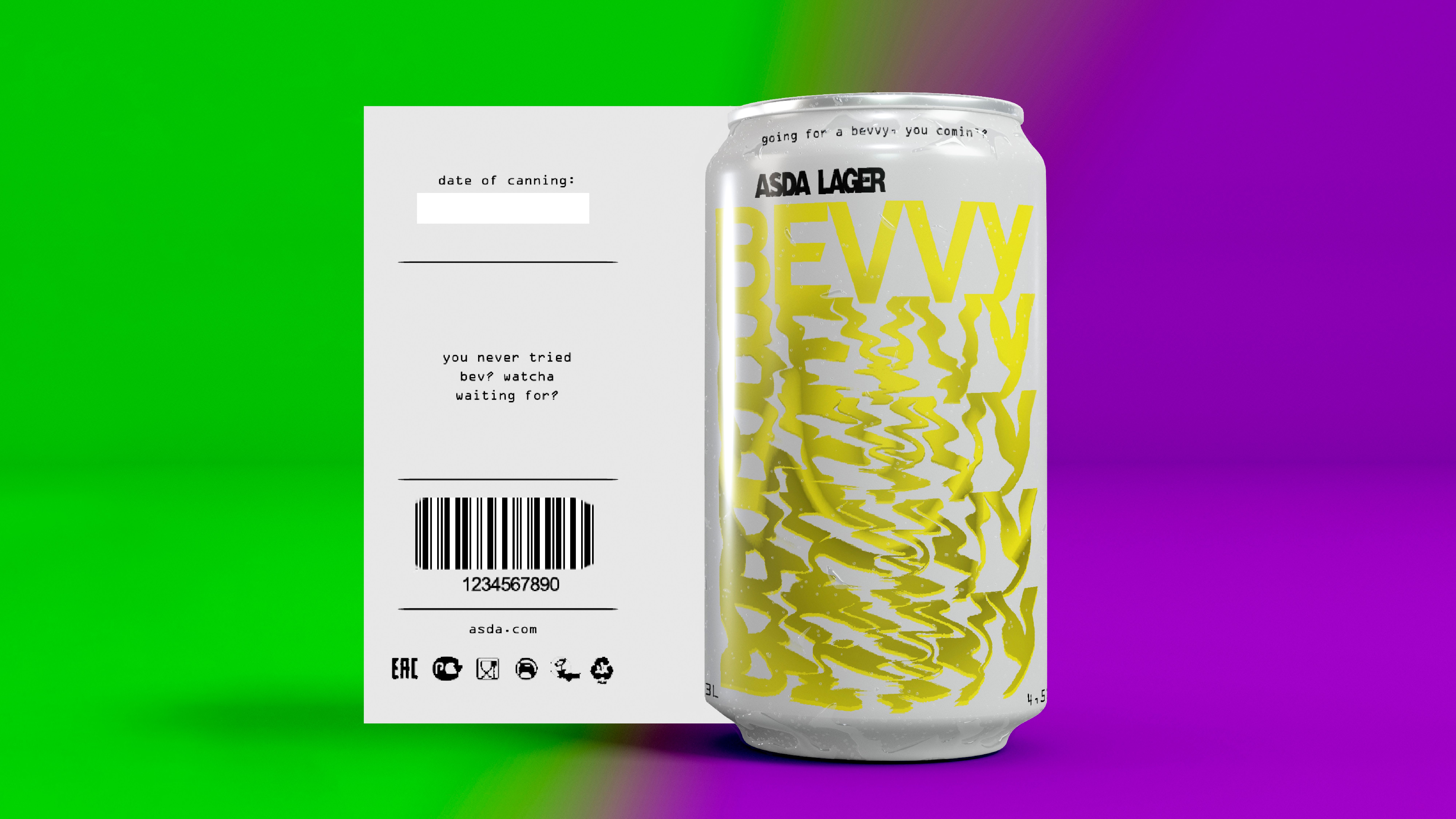 noun BRITISH SLANG
an alcoholic drink or to drink alcohol;

Abbreviation to ‘bev’, another term for beverage. 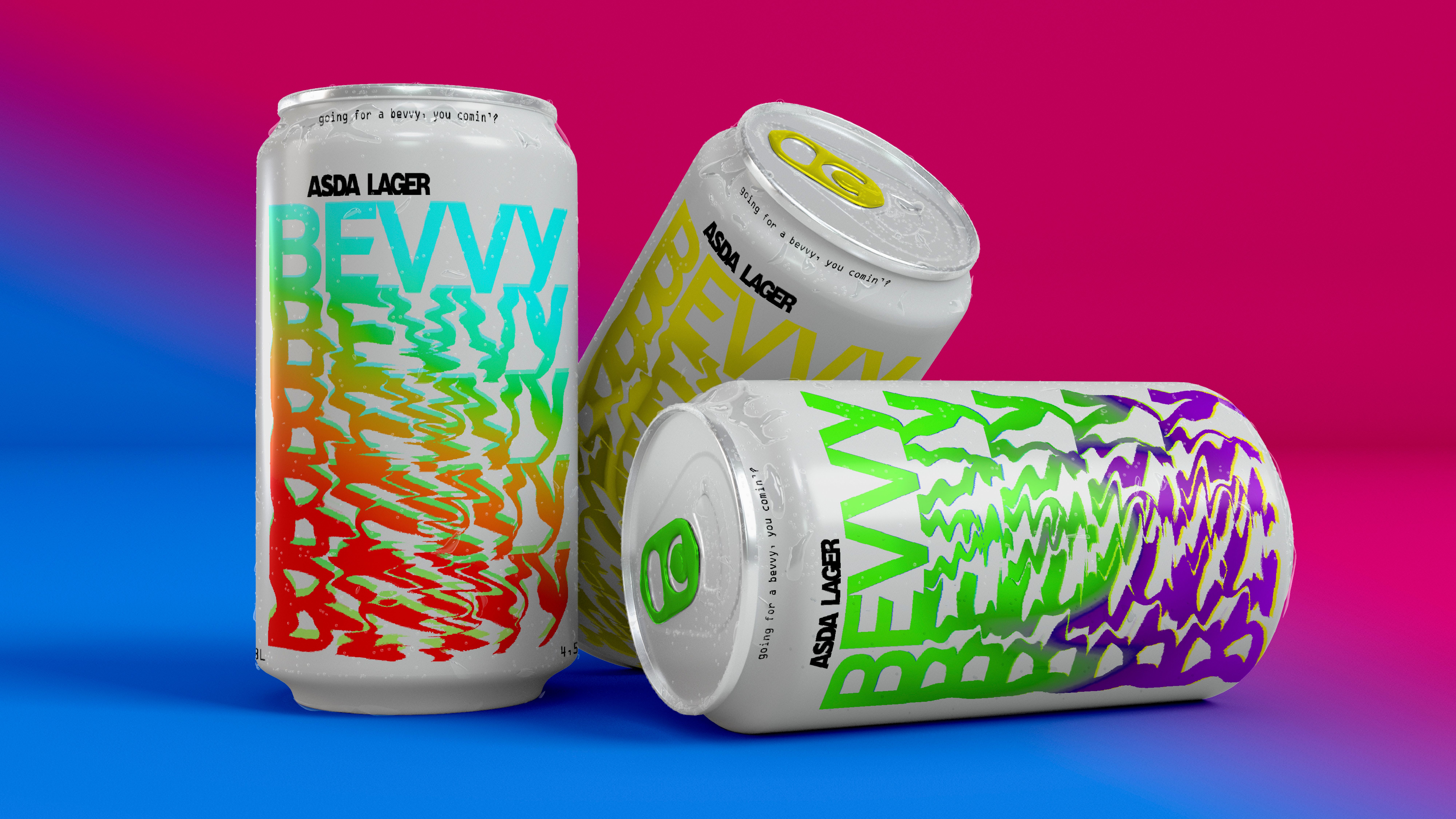 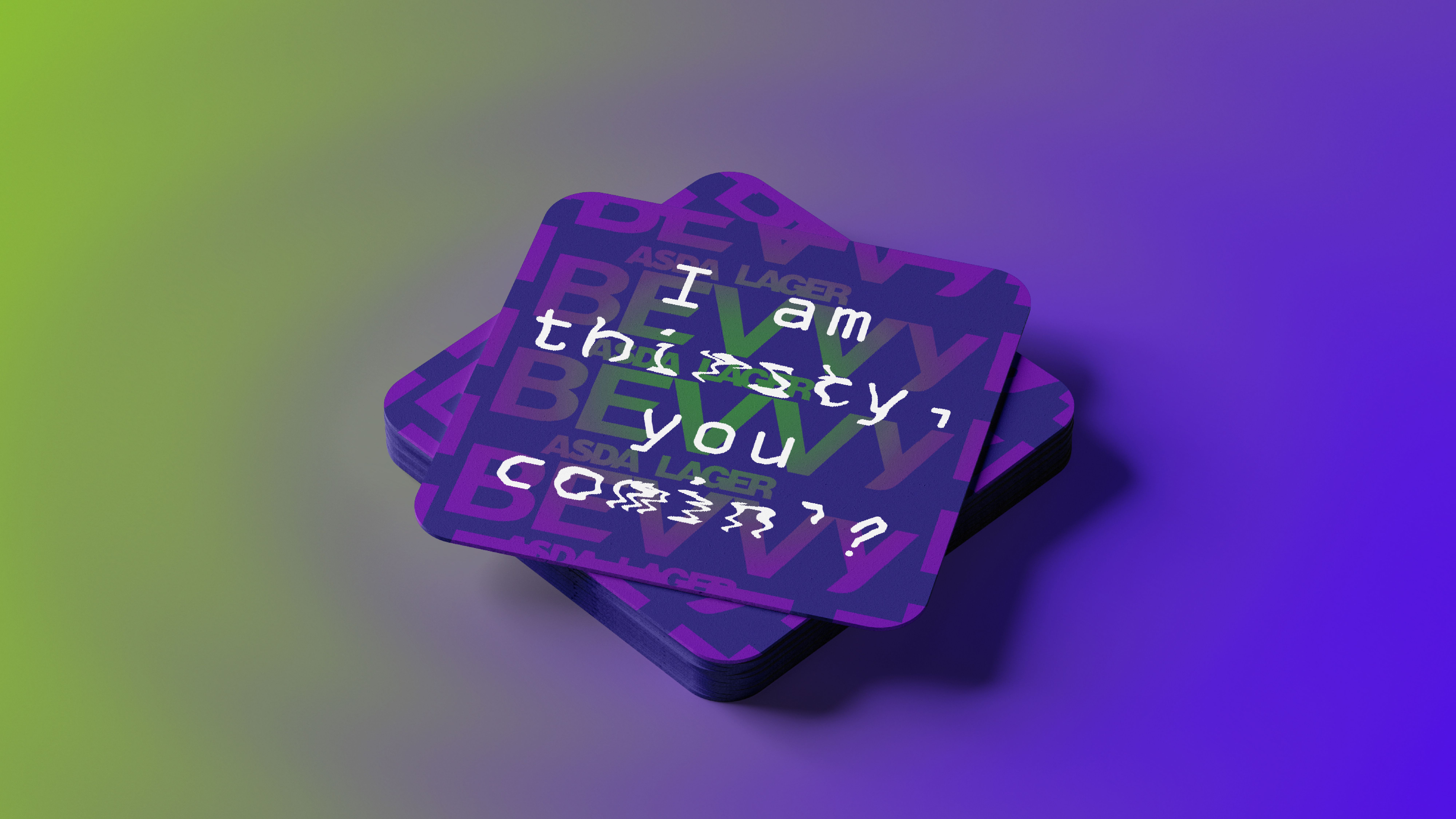 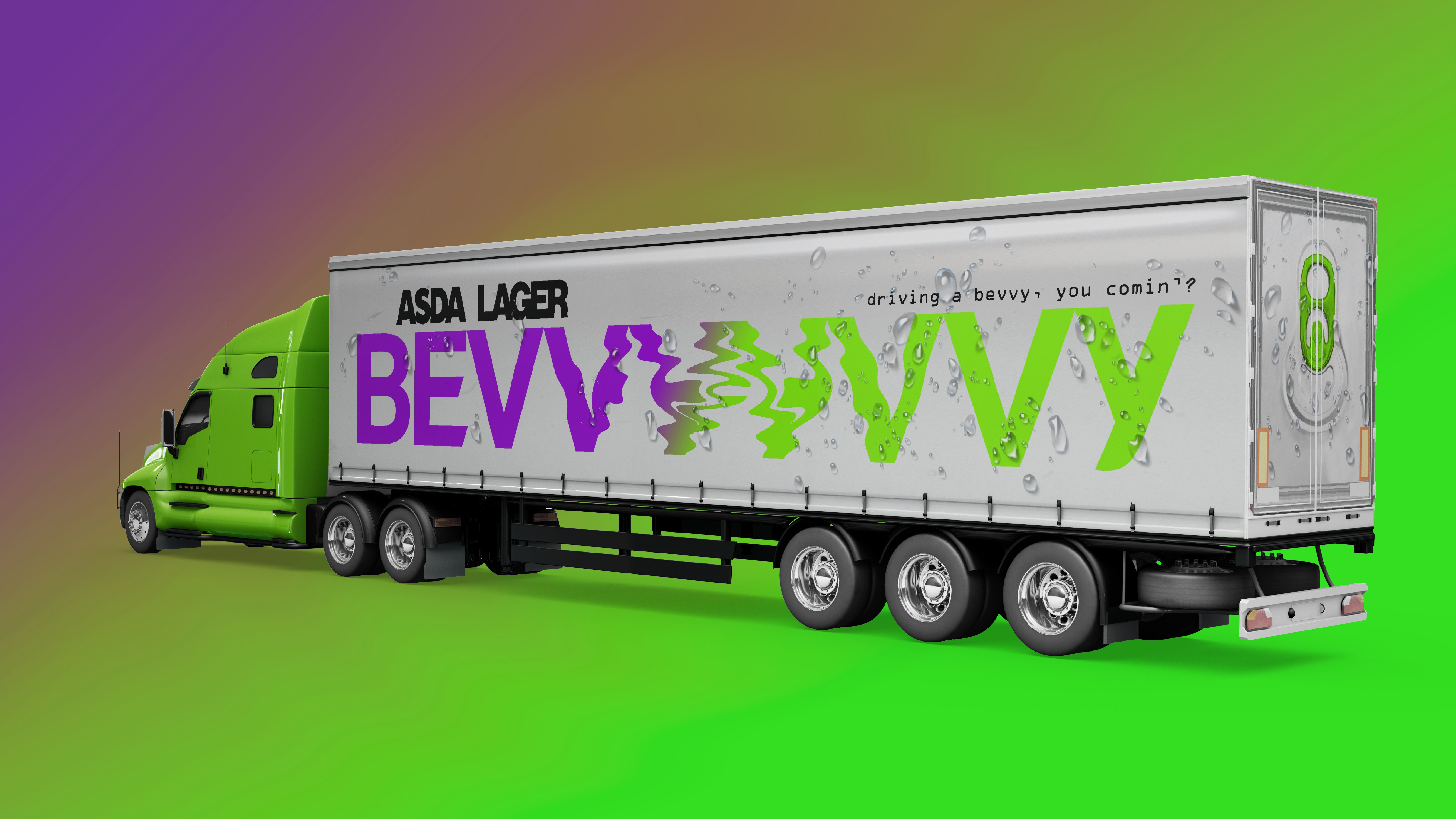 AR Sound-Driven App
Using an app with augmented reality integrated, any Bevvy’s can in sight of the camera will make its logo’ gradient move and distort in sync with sound/music captured by the phone’s microphone. 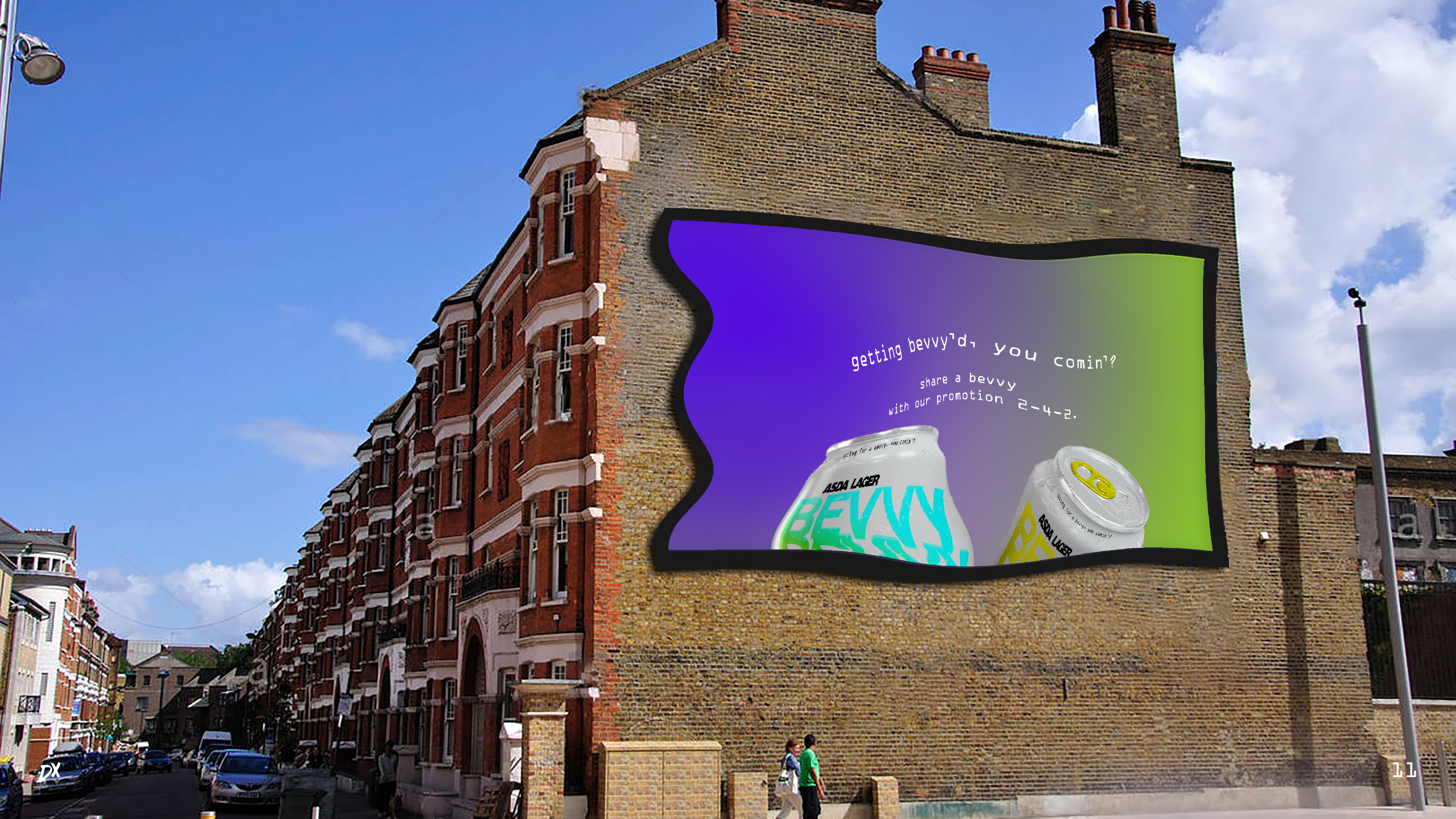 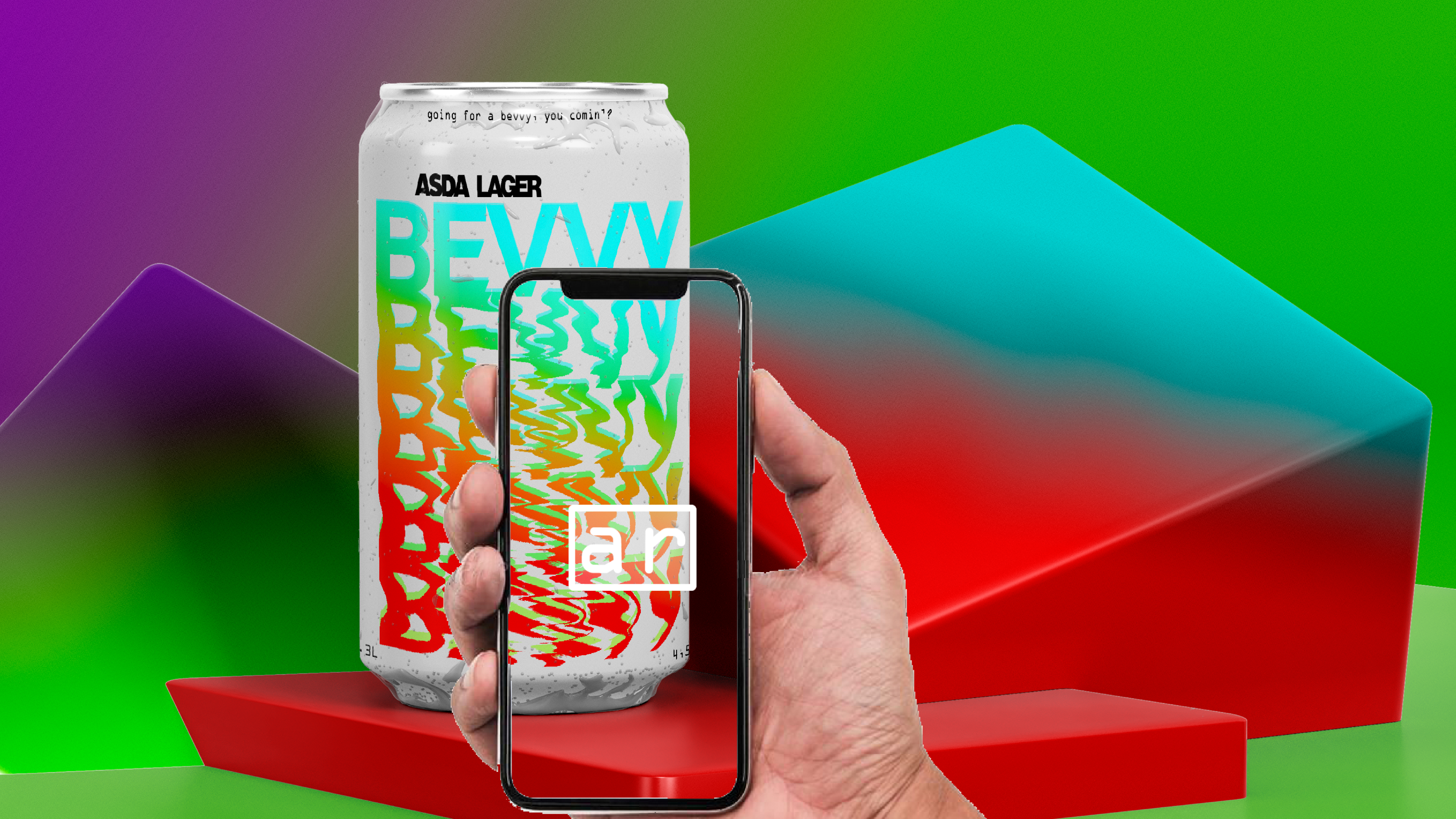